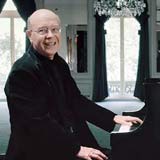 In this debut podcast series, pianist Marjan Kiepura sets out to reflect and offer historic perspectives to several of Frederic Chopin's genre. These include retrospectives on the Mazurkas, Posthumous Works and how they were saved, the A-Flat Waltz "L'Adieu", the Polonaise genre, the famous E-Flat Nocturne, Raindrop Prelude and songs with soprano Marta Eggerth among other works. Since the launch of his successful Chopin CD entitled, Images of a Homeland, pianist Marjan Kiepura has a significant YouTube following. The host and narrator, Jane Knox, is fluent in three languages and writes original material for programs and narrates concerts.
Watch or Listen Now →

Marjan's Musical Soirées is a new podcast series where Marjan Kiepura invites you to share in his artistic and musical heritage. The host and narrator of the podcast is Jane Knox. Jane is fluent in three languages and writes original material for programs and narrates concerts.
Listen and Watch here → 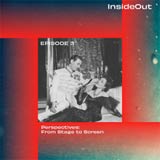 Perspectives: From Stage to Screen: Podcast

The singers Jan Kiepura and Marta Eggerth were a musical dream couple and superstars in the early days of recorded sound and music film. Their son, Marjan Kiepura, and his wife Jane Knox-Kiepura spoke to us about their careers before and after American exile, from serenading fans outside the Vienna State Opera to performing Franz Lehár's "The Merry Widow" in Polish for audiences in Chicago.
Podcast & Videos 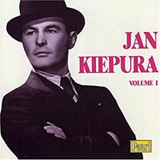 Jan Kiepura was one of the great operatic tenors of the 20th century. He also made the successful transition to films and operetta making him a house-hold name to audiences around the world for generations.
Listen now 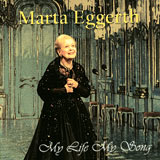 This 2-CD album represents a 73 year recorded legacy of recordings from the early 1930s to the present.
About Marta | Reviews | Audio | Video

Exhibition: My Song For You- Marta Eggerth and Jan Kiepura Between Two Worlds 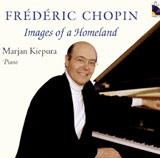 Rare and familiar repertoire by Frédéric Chopin, focusing on the specific Polish characteristics of his music....
About Marjan | Reviews | mp3 samples