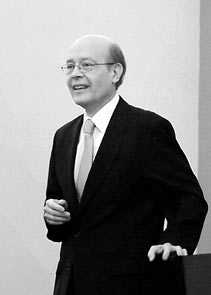 Since the launch of his successful Chopin CD entitled, Images of a Homeland, pianist Marjan Kiepura now also has a significant YouTube following.

Born in Paris, he grew up in the United States where he was accepted to the Juilliard School Preparatory Division. He studied with Jeaneane Dowis and later coached with Menahem Pressler. Marjan's development as an artist has led him to focus on the music of Frederic Chopin. He has given concerts in the U.S. and Europe of this composer's works. His own Polish ancestry has made Chopin a favorite choice of repertoire.

Marjan was particularly proud to perform in a special concert honoring his late father, the Polish tenor, Jan Kiepura, at the Warsaw Opera and accompanied his late mother, the Hungarian soprano, Marta Eggerth, in recital. He has also given concerts in Vermont, New Hampshire, Virginia, Miami, Chicago, London, Germany and Poland.

Marjan is also a published author and has written about Chopin. He lives with his wife Jane Knox-Kiepura in Littleton, New Hampshire and New York City.

Referred to as the "Guardian of the Heritage" by critic Glenn Loney of The New York Theater Wire; Marjan has embarked on a second career to preserve the legacy of his famous parents. He and his wife Jane have produced CD reissues and have given presentations for the Ohio Light Opera company, New Rochelle Opera Company, the Dutch Treat Club, Sundays at JASA programs, 92Y, the Leo Baeck Institute and the Austrian Cultural Forum in New York. Marjan has produced radio programs on his parents focusing on their opera, operetta and film careers. In this connection he has been named member of the International Advisory Board for the Loren L. Zachary Society for the Performing Arts.

The University of Music and Performing Arts in Vienna is hosting a major exhibit on his celebrated parents, Marta Eggerth and Jan Kiepura, as part of their "Exil.Arte" exhibition honoring those artists who fled or were exiled from Austria as a result of the rise of Nazism.

"Images of a Homeland" - Music of Chopin 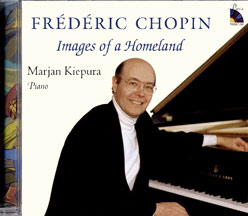 An important CD ~ "IMAGES OF A HOMELAND" ~ presenting performances of music by Chopin featuring the American pianist Marjan Kiepura, has been re-released especially for the 210th anniversary of the birth of the composer marked on March 1, 2020. The complete recording is on YouTube

Comprising both rare and familiar repertoire by Chopin, the disc was critically acclaimed on its first release in 2001, and presents the composer in a uniquely Polish musical perspective.

As well as offering familiar repertoire such as the A major Polonaise, the D flat major 'Raindrop' Prelude and the Nocturne in E-Flat Op. 9, No. 2, the recording also has several rarities including many of his Mazurkas which are not often performed.

Indeed, it is Chopin's Mazurkas, both early and late, which are the prime focus of the disc. Marjan Kiepura, who has made a particular specialism of Chopin's Mazurkas over many years, believes they provide the key to Chopin's personality and in particular, his idiomatic Polish traits.

Commenting on this timely re-release, he said: - "In making this recording, I had a special purpose ~ to observe Chopin as a person deeply affected by influences, chiefly what one might call the essence of his heritage - the Polish earth - which never left him and which informed so much of his music. In my playing, I always try to convey the particular Polish characteristics of his music which I feel intuitively - namely, the rhythms, inflections and emphases. I feel it is especially apt and fitting to re-release this recording now, just as we celebrate another important anniversary of Chopin's birth."

Extensive liner notes by the artist provide a historic reference to the concept of homeland and what it meant to Chopin. The Grammy award winning laureates Record Producer, David Frost and Sound Engineer, Tom Lazarus were the team for this recording. Performances were recorded at the American Academy of Arts and Letters, New York City.